Would you like to switch to the accessible version of this site?

Don't need the accessible version of this site?

The Intriguing History of Halloween 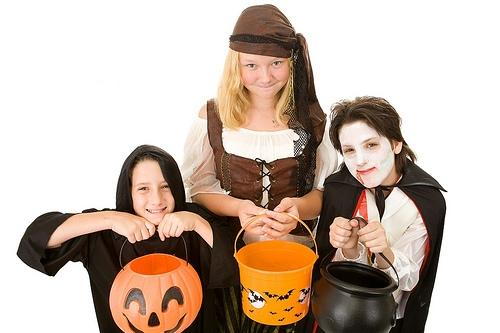 Halloween is fast approaching, and the doctor wanted to be sure to wish our patients a happy day, no matter how you might celebrate this holiday. The Halloween that is familiar to most people today bears little resemblance to the original Halloween; back in the "old days" it wasn't even called Halloween!

Festival of the Dead

Halloween started out as a Celtic festival of the dead that honored departed loved ones and signified a change in the cycle of the seasons. The Celtic people viewed Halloween, then called "Samhain," as a very special day – almost like our New Years day in fact, as their new calendar year began on November 1st. Samhain was the last day of autumn, so it was the time to harvest the last of the season's crops, store food away for winter, and situate livestock comfortably for the upcoming cold weather. The Celts believed that during this day, the last day of winter, the veil between this world and the spirit world is the thinnest, and that the living could communicate with departed loved ones most effectively on Samhain due to this.

When Pope Gregory the First instructed his missionaries to work at converting the Pagan people, he told them to try to incorporate some of the Pagan practices into Christian practices in a limited way. This meant that November 1st became "All Saints Day," which allowed Pagan people to still celebrate a beloved holiday without violating Christian beliefs.

Today, Halloween has evolved into a day devoted purely to fun, candy, and kids. What a change from its origins! We encourage all of our patients to have fun during the holiday, but be safe with the treats. Consider giving apples or fruit roll-ups to the kids instead of candy that is potentially damaging to the teeth and gums.

Remind kids to limit their candy and brush after eating it! Sweets can cause major tooth decay and aggrivate gum disease, so to avoid extra visits to our East Lansing, Michigan office, make your Halloween a safe one!

Find us on the map